Dec, 2006
I like making the gifts I give. I'm sure that when most people think of gifts not bought from some store they think "home-made" & the images that conjures for them are pieces of jewelry made out of pasta, or beautiful cards adorned with something that has a human hand as it's base shape, or they think of the cheap skate/forgetful shopper who gives out coupons for a free back rub.
When I make gifts it's nothing like that! Not since elementary school. I may have gifted free back rubs as late as junior high.

Now that my family is all grown up & moved away from each other, and now that a $5 action figure does not impress like it used to, we draw names and give a gift to 1 person. December 2006 was my favorite Christmas since the Christmas that I got the Ultra Magnus transformer when I was 9. - December 2006 I drew my Dad's name. Here is the gift I made him: 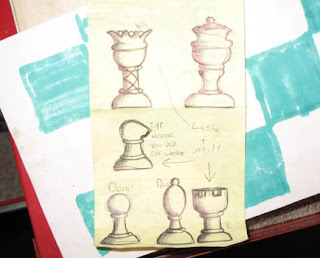 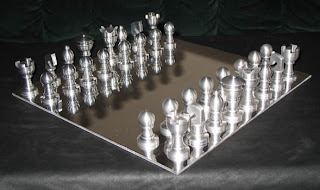 And here's Everything in Between:

AutoCAD is Great! It works so well & so fast to turn paper sketch into digital sketch. I moved into the 3rd dimension of CAD with SolidWorks, but the quickness & ease of AutoCAD's 2D world is still so very useful. So I drew the chess pieces in AutoCAD & used the ordinate dimensions as my X & Z co-ordinates on the super user friendly Mazak conversational controller. If you like my design email me & I'll send you a copy of the CAD file. 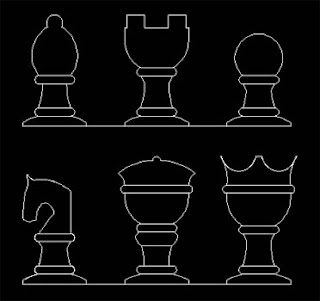 The pawns, bishops (shown here), and queens were all done on the lathe. The knights, rooks, and kings had a lathe operation and then some mill work. 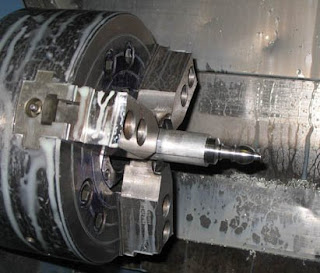 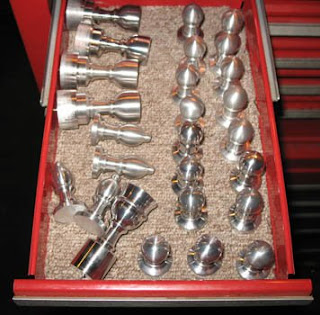 Rooks and Kings got their castle & crown shapes on the mill. 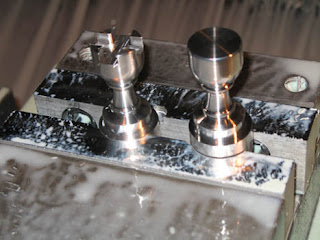 The Knight was probably the fanciest using the indexing head. 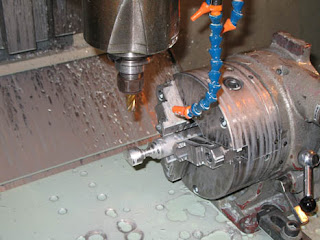 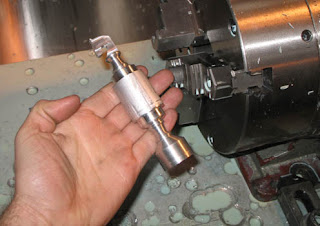 The finished brushed team, that is to say "the completed team with the brushed finish." The Queen is my favorite.

I couldn't have been happier with the results. 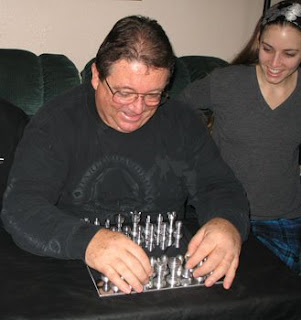 UPDATE:
A guy named Jason asked for a copy of my chess CAD file, & made himself a set. 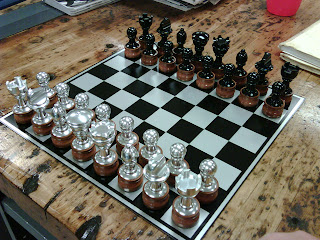