Update:
These available to buy on kickstarter for the next 30 days.

accolades and is adored by thousands of fans around the world. It is
an addictive game that combines elements of Risk and Monopoly into
something that doesn't take a lifetime to complete. As a favor to a friend I made 3 sets of game pieces from aluminum and had them anodized to create something more "permanent" and "special" feeling. The gold colored set is a retirement gift for his uncle.

I wasn't totally convinced at first that all the work needed to create the custom set would be worth it, but after I saw them with their anodized finishes I was very pleased with the results and excited to get them to him. 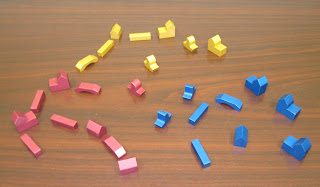 Hit the jump for more pics.

As with any project, a planning phase with clearly communicated
objectives eliminates many potential problems "down-the-road," and
makes the day-to-day objectives run smoothly. Working with this guy is always a breeze because he understands how to plan well, plus he can draw nice pictures of what he wants! The sketches he provided for this project made it a snap create the CAD file from which I programmed the CNC.

His drawing, my drawing.

The raw material from which it was all made. 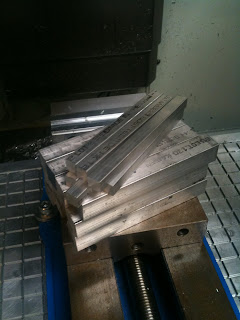 The typical Settlers of Catan pieces include the "Settlement", "City", and "Road." Additionally, he requested some of the expansion set pieces like the "boat" and "bridge" which allow players to participate in expanded scenarios.

Boats after the first operation. 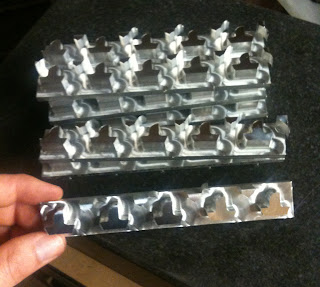 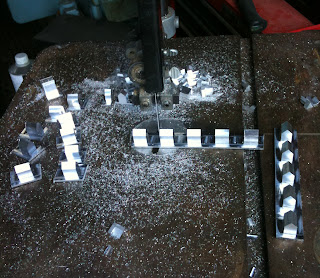 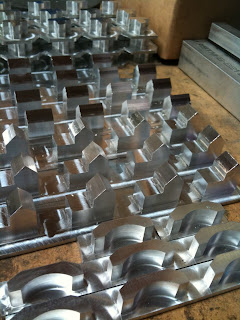 After seeing the finished parts he almost skipped anodizing preferring a raw metal appearance, but he decided to continue with the original plan to anodize the pieces with a gold color since gold is typically associated with retirement. 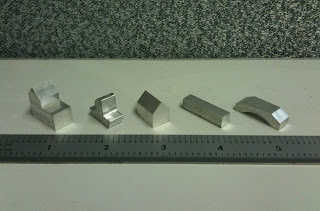 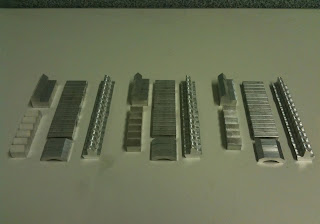 Anodizing involves passing an electric current through a metal object to build up the object's "oxide" layer. It not only helps the object resist corrosion, but can be calibrated to colorize the object as well.

Since I don't have the equipment, I sent the pieces to a sub-contractor to complete the anodizing.

The anodized pieces return from the sub-contractor. 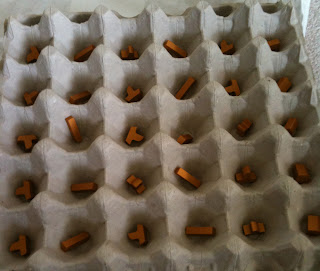 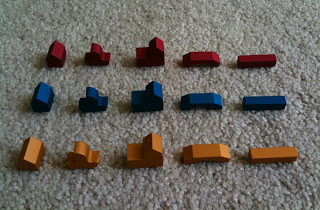